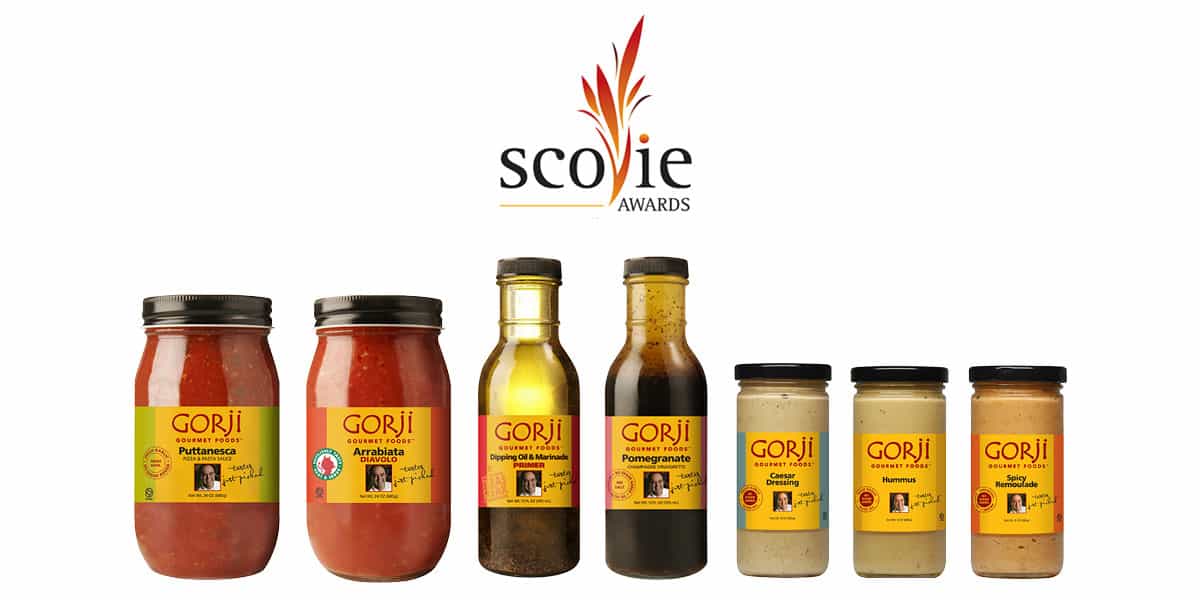 The Scovie Awards recognizes the top savory, spicy and fiery food products in the world.

Gorji Gourmet Foods have won 23  Scovie Awards in the Fiery Food Challenge competitions in 2017, 2018 and 2019. The awards were named after the Scoville Scale, a measurement of the spicy heat of a chile pepper. It is one of the most competitive blind tasted food competitions. Hundreds of products are entered and go through rigorous tastings to receive the top honors. Dave DeWitt, founder of the Scovie Awards said there were 126 total companies entering this year, with entries from 30 states and 8 countries. “Companies from all over the world continue to recognize the Scovie Awards as the most competitive and challenging blind taste-tested event in the world,” DeWitt, said.

Between Food Awards at Zestfest and the Scovie Awards, all eight Gorji Gourmet Foods have now won 30 food awards!

Gorji Gourmet Dipping Oil & Marinade also known as Steak Primer, won in the marinades category for barbecuing. It is cooking olive oil you can cook meat, fish and vegetables.

See Chef Gorji’s recipe for Grilled Chilled Avocado with Puttanesca Sauce and Poached Shrimp in the Scovie Spotlight where it is featured. The recipe is from Chef’s award-winning Zing! By Gorji Cookbook.

These sauces were developed by Gorji from recipes he created and cooks with in his kitchen at Gorji Restaurant, to easily make gourmet tasting dishes without hours of preparation at home.

The gourmet pasta sauces are available for sale in the Dallas area at Gorji restaurant, DFW area Whole Foods, Jimmy’s Food Store, Royal Blue and online at Amazon and GorjiGourmet.com