Chef Gorji » Tipping Taken Off The Menu At Canary By Gorji

Tipping Taken Off The Menu At Canary By Gorji 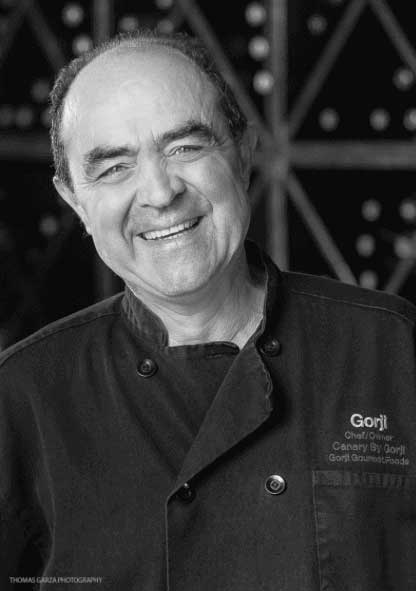 The “no-tipping” trend is rapidly taking hold in culinary centers around the country, most notably New York, Chicago, San Francisco and Portland.

The success of No-Tipping policy lies in its equity for both front and back of the house, says Gorji. Instead of servers relying on the largesse of their customers to compensate for below minimum-wage salaries, servers now know that they will be compensated fairly every night—not just on those busy weekends or feel that they have to upsell items to increase their tips at the end of the night. And no longer will those behind the scenes who are essential in preparing and providing the culinary experience be compensated less than those who serve it.

An average price increase of 18-20% makes it possible to create a steady income throughout high and low seasons for both front and back of the house and correlates to most average tipping.

“I don’t want a good salesman, I want good service.”

“To take tipping off the menu was not an easy decision,” says Chef-owner Gorji, who has long contemplated the bold move. He believes it will positively impact guests’ experience and ensure his long-held belief that wait staff give each and every guest the level of service they deserve, no matter how much they might be spending. Says Gorji, “What a customer spends should not have any bearing on what a server makes.

“Many waiters today,” he says, “are trained to upsell as a tip incentive. To me, a dining experience should be void of this hoopla and that’s why we don’t rush you out the door to seat someone else in your place.”

“Canary,” says the outspoken author of the award-winning cookbook, Zing! and Gorji Gourmet sauce line, “is geared toward the experience of dining. That’s why we don’t seat young children, have no televisions and don’t double seat.”

Wave of the Future?

Gorji believes that the “no-tipping” trend is the wave of the future of fine dining. He points to research done by Michelin and reported by Bloomberg News that the International culinary scene, in which tips are small or not expected, is creating the most highly rated fine dining establishments in the world.

“Fine dining should be a pleasurable experience,” says Gorji. “I want my guests to enjoy their experience and focus on the food and hospitality.”