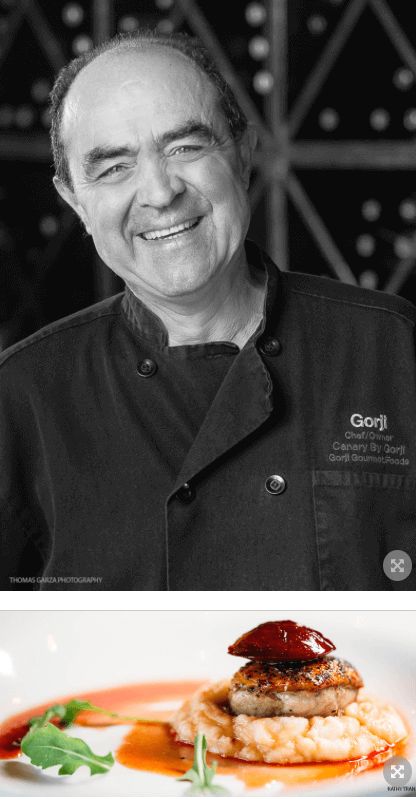 “We are honored by all the time and effort that was spent by Renzell members to propel us to first place in food and hospitality and third place overall. Dallas enjoys a healthy number of restaurants with talents aplenty,” says Gorji, chef-owner of the eight-table fine dining New Mediterranean restaurant in Dallas.

The Renzell rating system rates more than 550 restaurants in 11 cities to determine the top rated restaurants in each city. Renzell members take a comprehensive survey—a holistic look at the entire restaurant experience—of more than 70 questions every time they dine at a restaurant. The ratings assess dining out through eight categories: cocktails, design, hospitality, food, service, value, vibe, and wine/sake/beer.

Renzell says their goal is “to offer an alternative to the status quo of often incomplete, subjective restaurant ratings.” The founder of Renzell, Bo Peabody, said “the aim of the organization is to rank restaurants accurately and without bias.”

Renzell vets its members. They must lack any conflicts of interest and dine anonymously at their own expense. The collected survey results, totaling hundreds of thousands of data points, is weighed against member preferences through their proprietary algorithm to eliminate subjectivity and bias, and to produce accurate ratings.

And, according to Renzell, being picked as a restaurant for its list is as competitive as the ratings themselves. Restaurants must be at least a year old and are weighed on 31 different characteristics. The rating system currently rates restaurants in Atlanta, Boston, Chicago, Denver, Dallas, Los Angeles, New York City, Philadelphia, San Francisco, Seattle, and Washington DC.

Renzell, (www.renzell.com) releases official ratings every September, and status checks in January and May. All restaurants receive an overall score (using a 1-100 point scale) as well as scores in each of the eight categories.