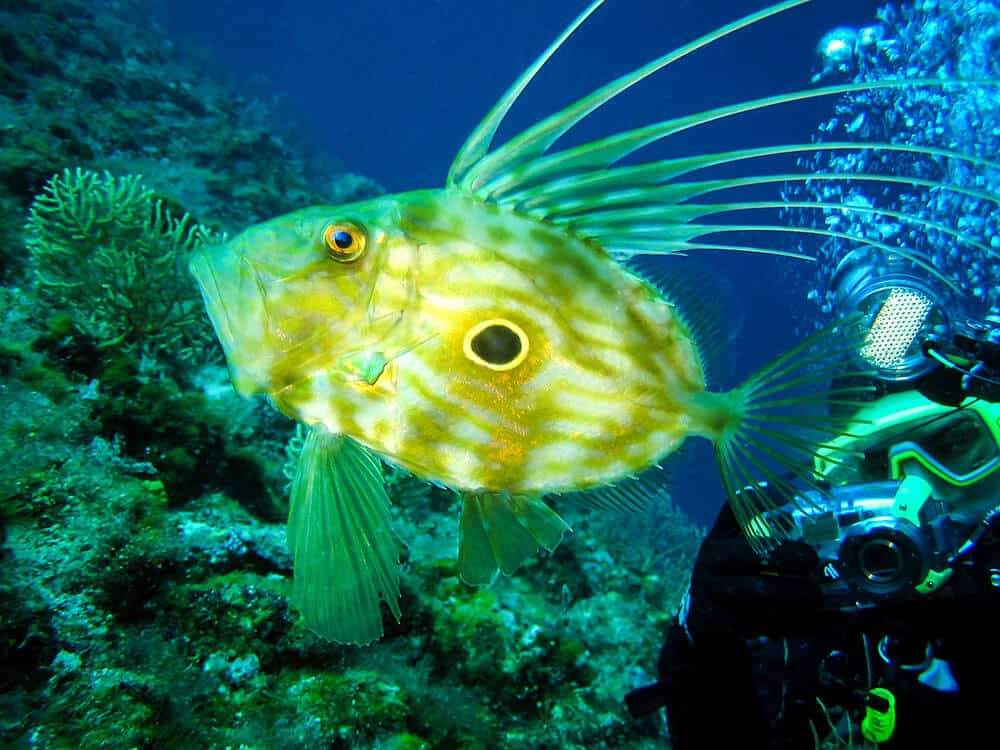 “… John Dory is a delicious fish with delicate white flesh and a firm, flaky texture. A saltwater fish, it has a mild, slightly sweet flavor…

Contributing to John Dory’s odd appearance are the large black dots on its flanks, which are thought to be another form of misdirection — predators take the dots for eyes, and attack its meaty flank instead of its real eyes, giving the Dory an opportunity to escape.

The false eyes led the John Dory to be referred to sometimes as the St. Peter fish (or versions of that in Italian or French) because of a legend that the black spot on its side represents St. Peter’s fingerprints.”

Gift Packs
Thanks for letting us know!
This is how we improve bertha
What did you expect to happen?
Ask Bertha to Write About Anything
From email subject lines to full on blog posts and even Facebook adverts
Copy to clipboard
Add to Favourite
Report
Insert Default Content