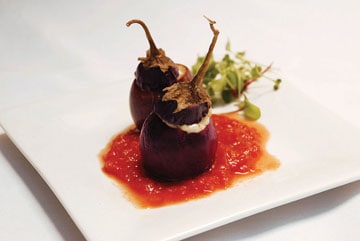 The best restaurant in Addison for more than a decade has been Gorji Restaurant (formerly Canary By Gorji).  “Inventive Mediterranean fare, like lamb tongue crostini and gorgonzola-stuffed eggplant, is served alongside prime steaks and equally solid fish dishes. Notably, Gorji, formerly named Canary By Gorj is a chef restaurant and also Dallas’ only no-tipping restaurant.”

“For more than a decade, Canary by Gorji has reliably been Addison’s best restaurant. 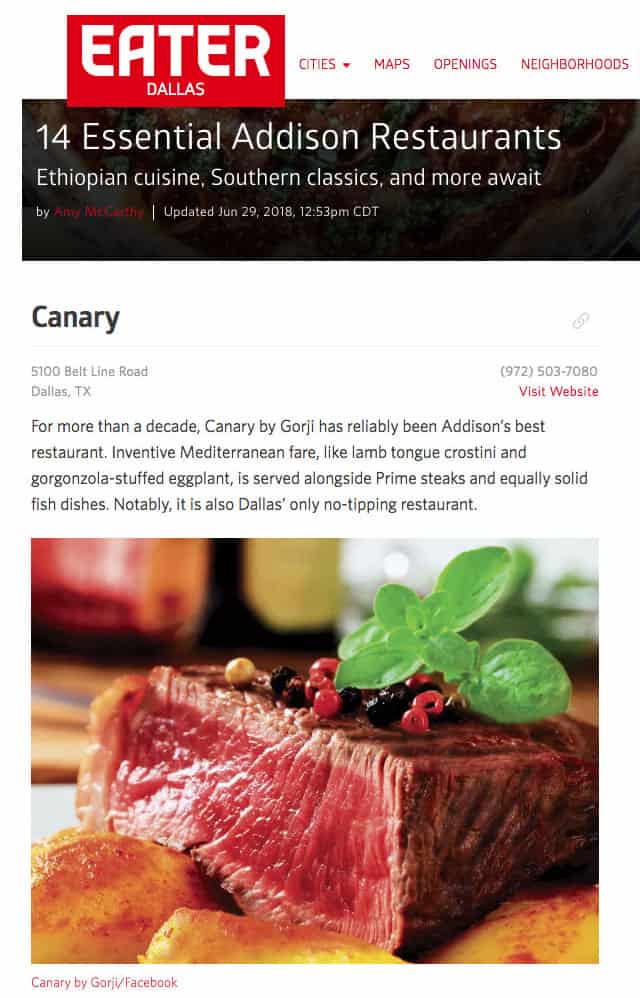 2016 Eater 38 Essential Restaurants in Dallas-Fort Worth recognized Canary By Gorji for “…serving up killer cuisine in Addison for more than a decade…and keeping it real in north Dallas.”

“Addison may be a wasteland of chain restaurants, but Canary By Gorji has been keeping it real in the northerly parts of Dallas for more than a decade. Start off with a plate of delicate baby eggplants stuffed with Gorgonzola and topped with pomodoro sauce, then treat yo’ self to Gorji’s epic paella made with rabbit, chorizo, mussels, and shrimp.”—Eater, Dallas 2016